For information about Wow! Signal Live panelists, we have a panelist's page.

Paul Carr Paul is a graduate of John Hopkins Engineering Master's program (Applied Physics), and is a space systems engineer of nearly 40 years years experience. At present, he is working to help establish the launch readiness of the James Webb Space Telescope at NASA's Goddard Space Flight Center.
Paul founded the Wow! Signal Podcast in 2012, feeling that the podcast he wanted to listen to was missing. Initially based upon the Dream of the Open Channel blog, Paul expanded upon his lifelong interesting in the scientific search for ET civilizations, space exploration and the human future.
Paul lives in the Maryland suburbs of Washington D.C. with a family that has very little use for his sense of humor. 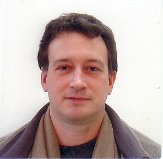 Nick Nielsen studies civilization from the perspective of big history and is especially interested in extrapolating the large scale structure of spacefaring civilization. He spoke at the 2011 and 2012 100YSS symposia and at the 2013 Icarus Interstellar Starship Congress. He is also a regular contributor to Paul Gilster's Centauri Dreams blog and writes two blogs of his own: The Grand Strategy Blog, and The Grand Strategy Annex. You can follow Nick on Twitter, and he was a frequent panelist on the erstwhile Unseen Podcast.

Daniela de Paulis is an interdisciplinary artist based in The Netherlands. She exhibits internationally, often collaborating with other artists, scientists and radio amateurs. She holds a BA from the Academy of Fine Arts in Rome, Italy, and a Master Degree in Media Arts from Plymouth University, UK. Since October 2009 she is the first artist in residence at the Dwingeloo radio telescope and ASTRON (www.astron.nl) where she developed, together with the CAMRAS and the ASTRON team, a technology called Visual Moonbounce. She is currently a guest researcher at ASCA (Amsterdam School for Cultural Analysis), University of Amsterdam, developing her research on Interstellar Transmissions. Since 2010 she has been collaborating with the international collective Astronomers Without Borders (AWB), as the founder and director of the AstroArts programme. In 2013 she founded Cabine Voltaire, a pioneering online, collaborative platform for live debates on science, technology and the humanities. She has published her work with the Leonardo MIT Journal, Inderscience, Acta Astronautica and Cambridge University Press. She is a member of the international SETI (Search for Extraterrestrial Intelligence) committee as the speaker for SETIand culture. More information on her work can be found on www.opticks.info and www.danieladepaulis.com

A former bullrider and science nerd in school, James Garrison has a thing for bow ties. He graduated from Oklahoma State University in 2000 with a degree in Agriculture and a concentration in teaching.  Since then, he's worked in a U.S.D.A. lab, gas stations, feedlots and farms, taught in a rather rough school for 6 months, and done animal control for a large city. He is also the head of the Oklahoma Skeptics Society, and the father of an 18 year old and a 4 year old.

James has always had a love of science, especially biology and astronomy. His current plans, aside from global domination, are to work on a masters in Biology, get a job that doesn't involve risking his life every day, and not go insane more often than necessary to be involved in podcasting.

Mike Mongo is Chief Culture Officer for Icarus Interstellar. He is a noted space educator, space blogger, the co-founder of Computers for Jamaica, and the author of Mike Mongo‘s Astronaut Instruction Manual for Pre-Teens. He has been an active educational proponent of STEAM—science technology engineering arts mathematics—as well as a dedicated proponent of astronautics-as-a-career for students in the US and abroad. As a public speaker and space educator, Mike works to encourage primary, middle-school and high school students to pursue careers in astronautics and space-related fields.

Mr. Mongo’s professional background has been in brands and messaging. One of of the co-founders of OBEY, Mr Mongo worked alongside Shepard Fairey (along with Alfred Hawkins and Blais Blouin) for over a decade to engineer the OBEY organization messaging campaign. Mr Mongo is owner/partner of Miami-based web development firm Wodu Media.