Burst 17 - The Where's The Flux Kickstarter 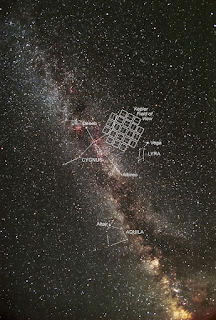 A short Burst to briefly explain today's development and to ask listeners to seriously consider donating to the new Kickstarter to monitor KIC 8462852 with a network of telescopes using standardized photometry. The hope is that we will reliably detect the star in the act of dimming. Please share this and the link to the kickstarter widely, and drop a little coin on the effort. Together, we can catch Tabby's Star in the act and solve one of the biggest cosmic mysteries before us.

The script for this Burst

The Wow! Signal is distributed under the Creative Commons Attribution/Share-Alike license
Posted by Wow! Signal Podcast at 7:58 PM